Here we are with the Final Team Squads of all the 10 teams. So these 10 Final Teams Squad are destined to play in the upcoming ICC Cricket World Cup 2019. Which is going to be played in England and Wales Starting from 30th of May 2019.

The team’s announcements started with the first ever final 15 playing squad coming from the Team New Zealand, which was later followed by England and Australia.

The same procedure has been done by other 9 countries and almost each one of them held a special press conference to announce their World Cup 2019 Squads. But still, we have to look for the West Indies Team squad. There is still no announcement made by them. 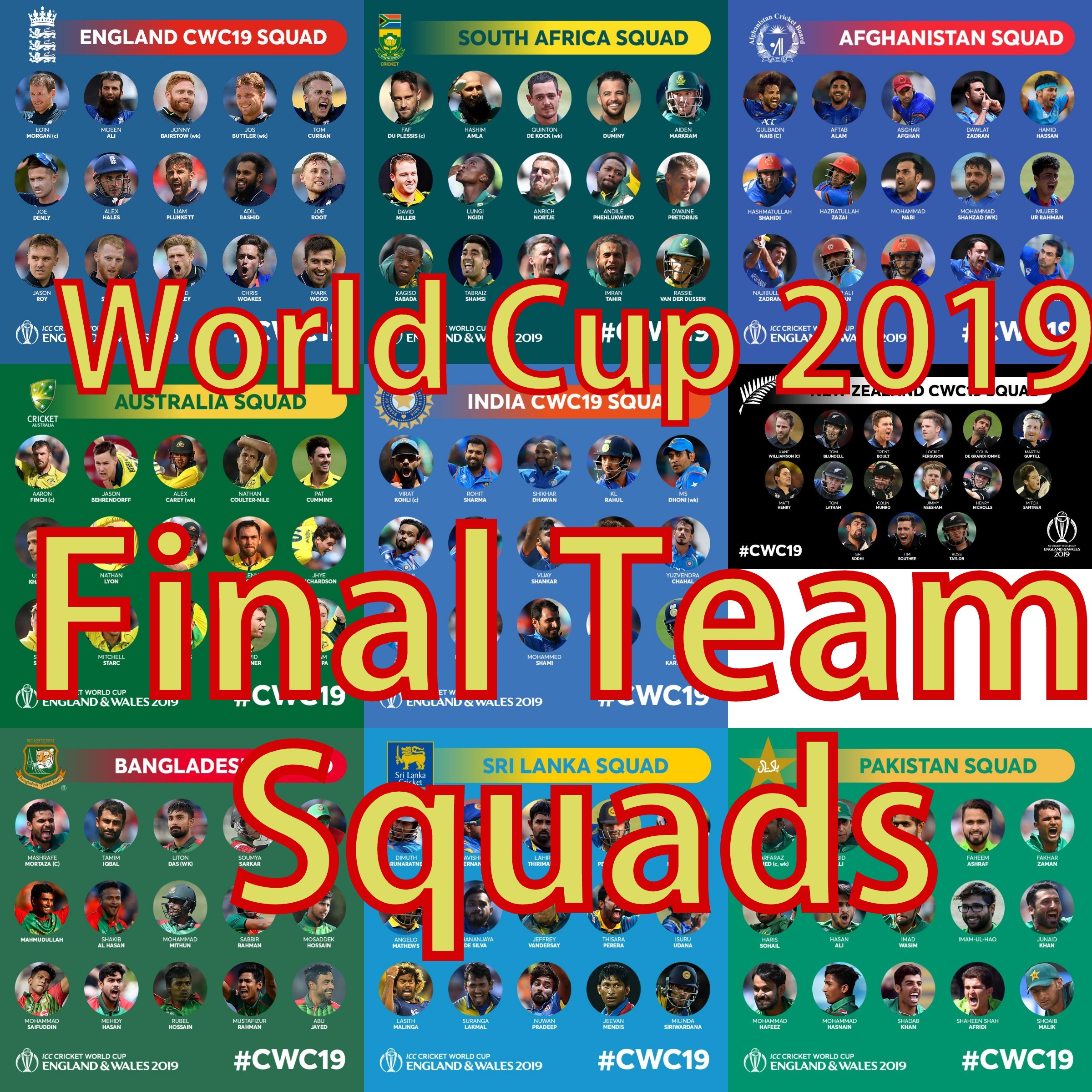 There are 9 countries which have finalized their squads for the ICC Cricket World Cup 2019 so far. That finalized team are from New Zealand, Australia, India, Bangladesh, South Africa, Pakistan, and Sri Lanka.

New Zealand Team announcement went first and opted for the Experience side as compared to adding new names in the lineup. Here are the official playing 15 Black Caps in the upcoming CWC 19. 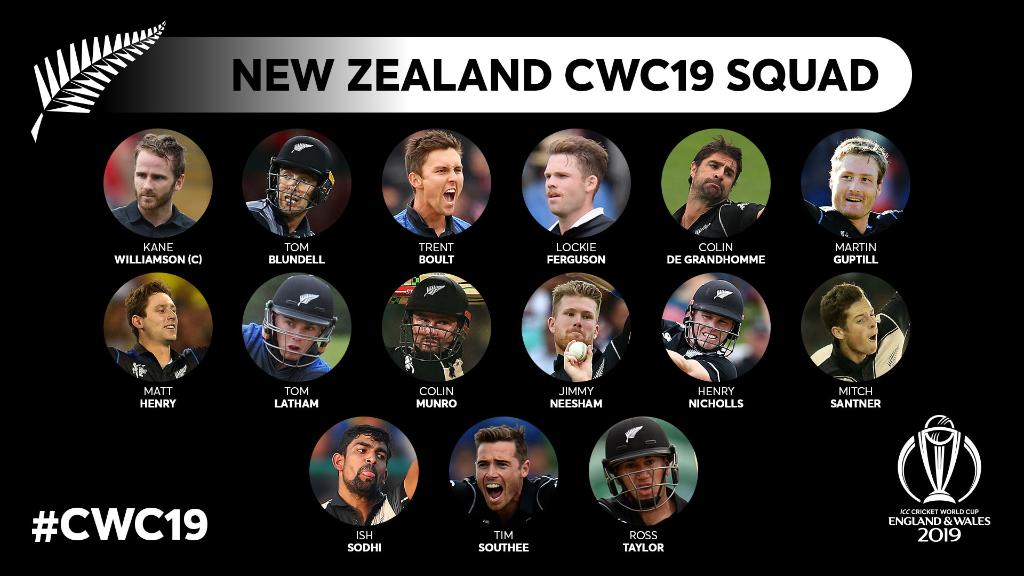 The Aussies cricket board came up with more experienced playing 15 squads after the come back of previous captain Steve Smith and master blaster opener David Warner.

But the team is still destined to be captained by Aaron Finch. Who has won previous 8 consecutive games, 3 against India and a 5-0 series whitewash to Pakistan. 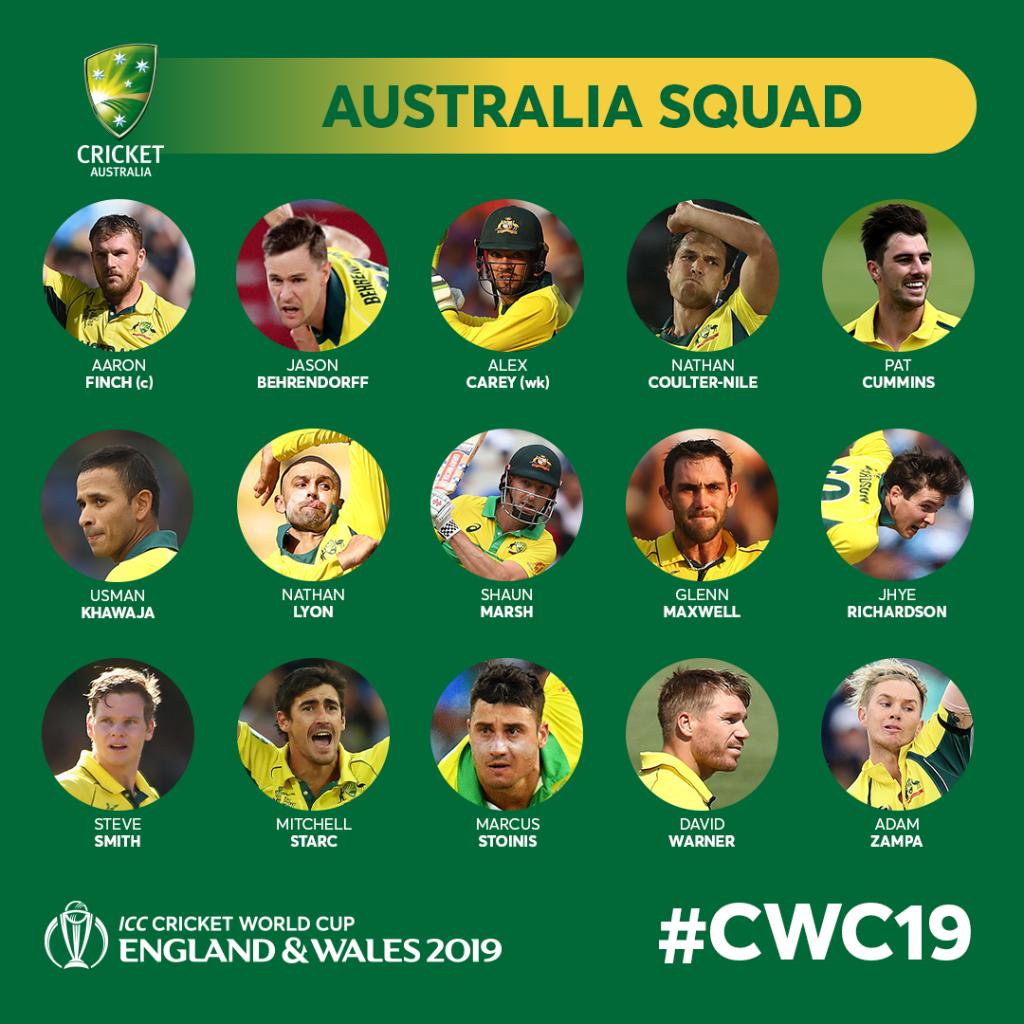 Under the Captaincy of Virat Kohli, BCCI has to make some tough decisions to either play previous World Cup winner Dhoni or Not. But we have his name enlisted in for the Final playing 15 for the CWC 2019. 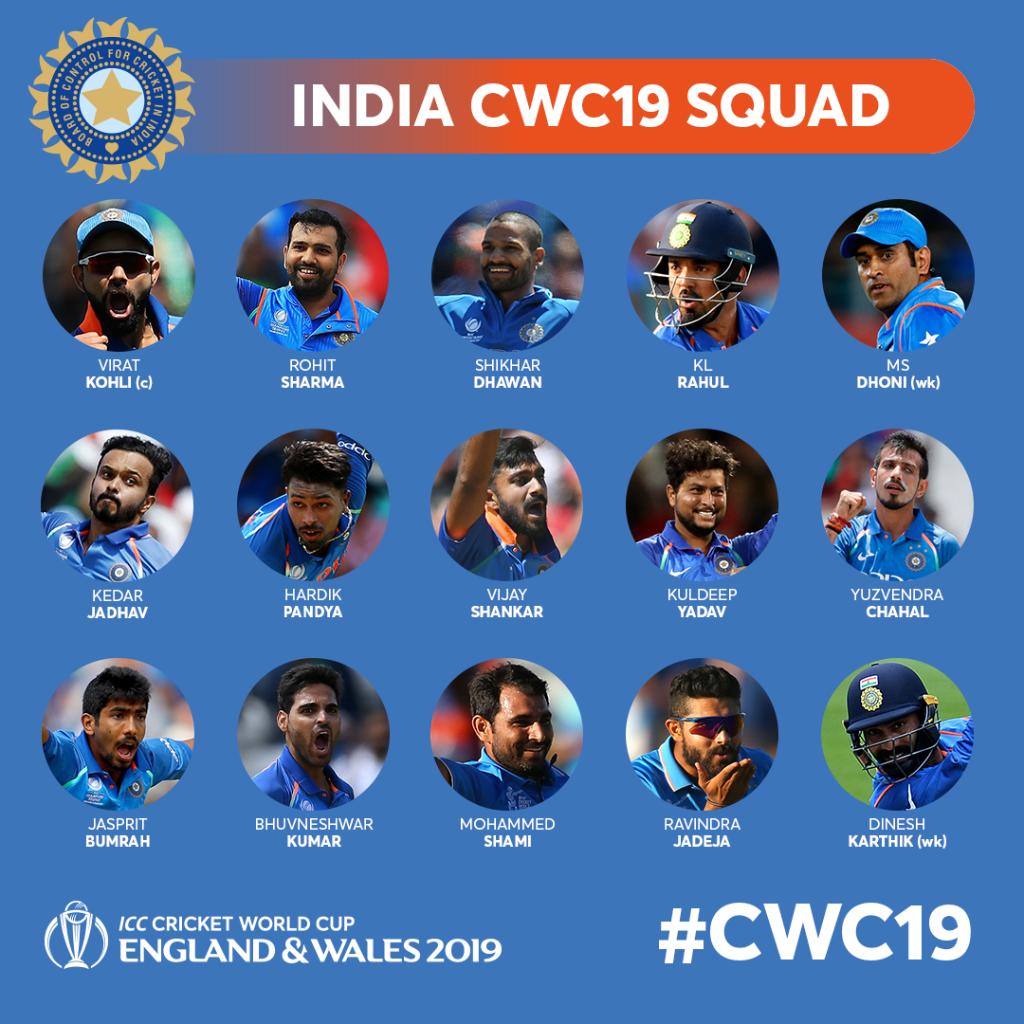 Bangladesh World Cup squad is well balanced after the addition of a new emerging star Abu Jayed. The Bangla Player List is more of an attacking unit under Mushrafe Murtaza Captaincy. Here are the Final playing 15 team members. 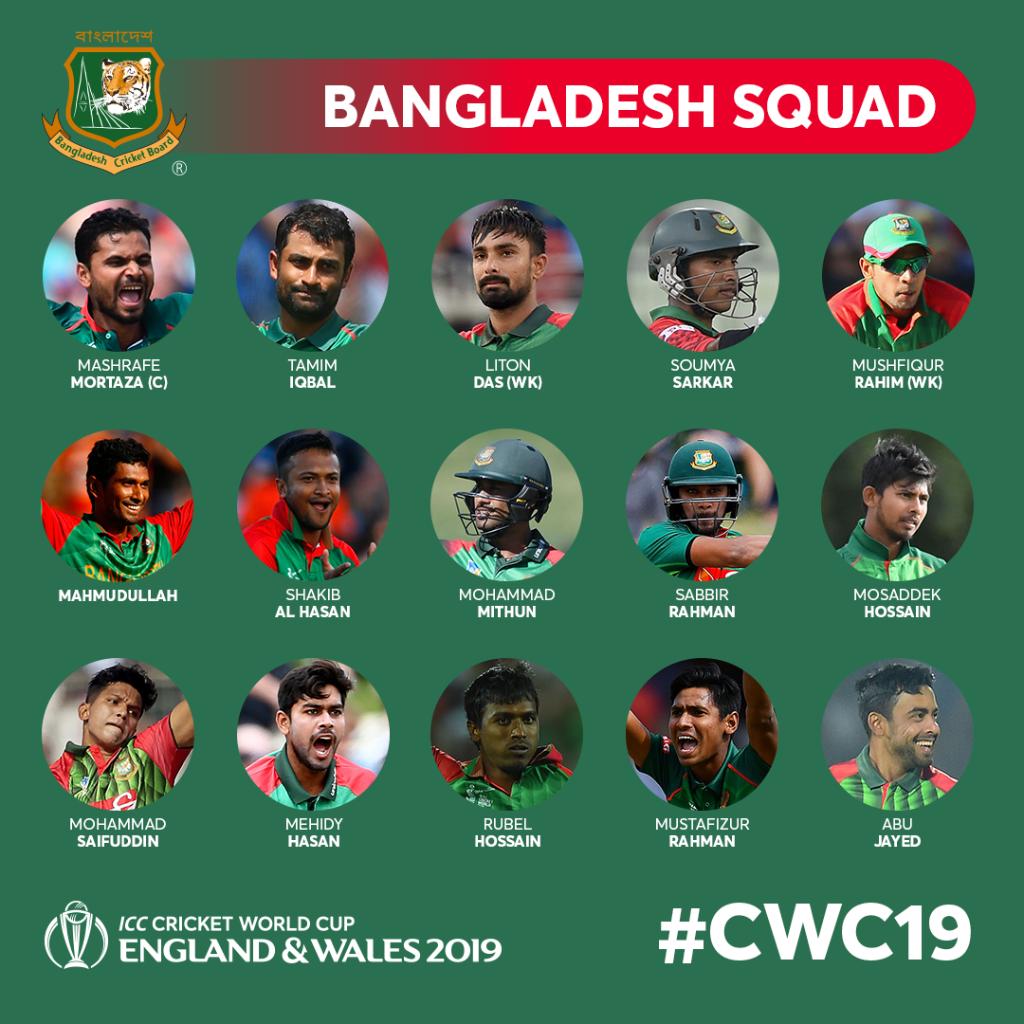 The South African team player list for the World Cup 2019 was announced in a special press conference a week ago. With that, the official Kit of Team South Africa was also unveiled. You can see it here. 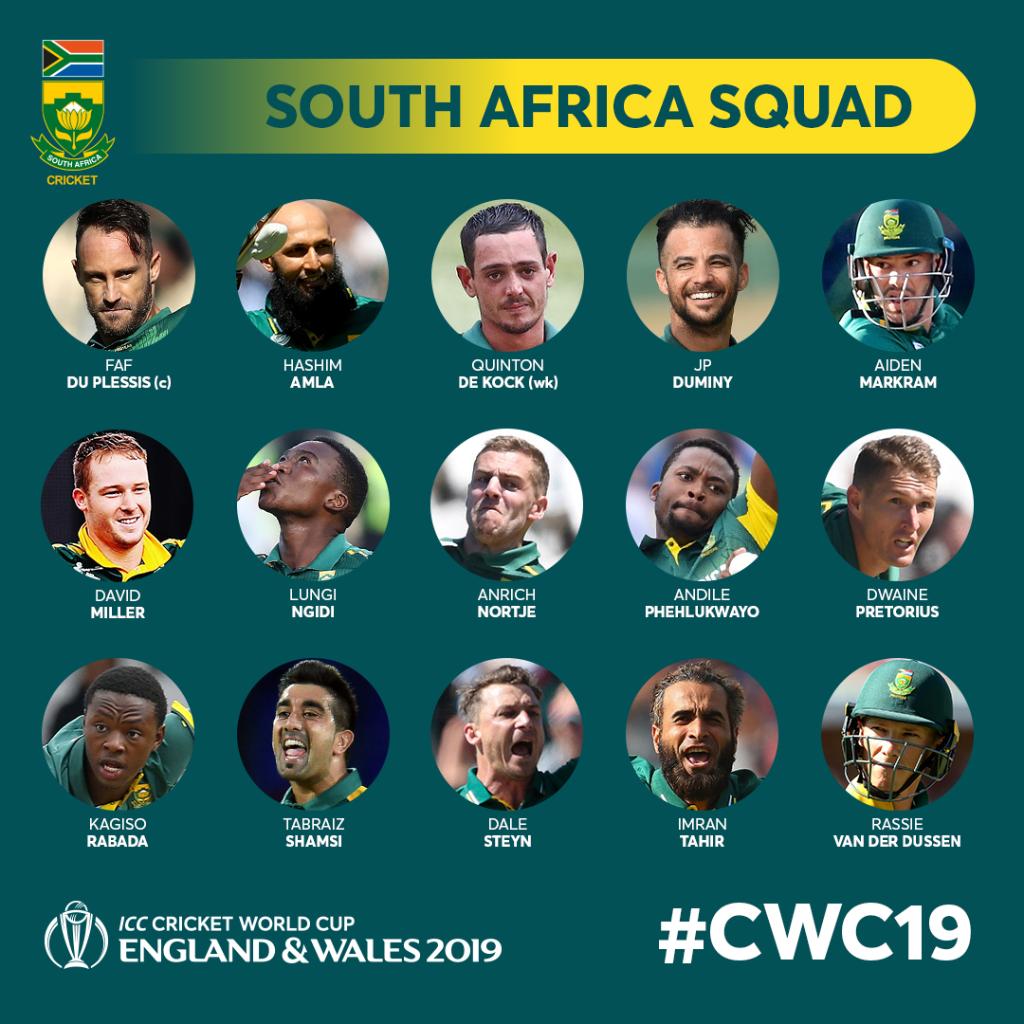 Pakistan retained their Champions Trophy 2017 winner captain, despite being ruled out of the list many times in widespread rumors.

The final playing 15 team players for the World Cup Cricket 2019 are: 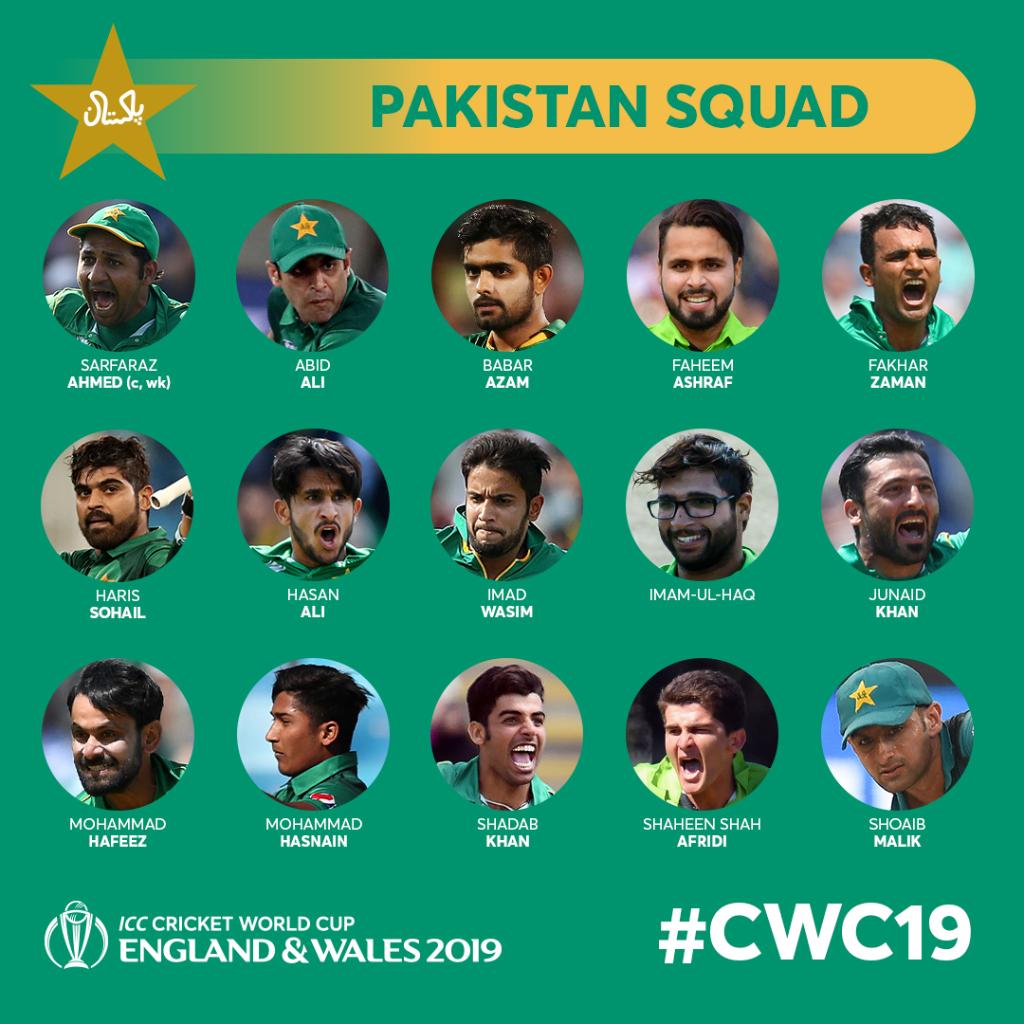 Sri Lanka decided to put their Final Playing 15 team squad under a new captain. However, the team has some experienced players also included. 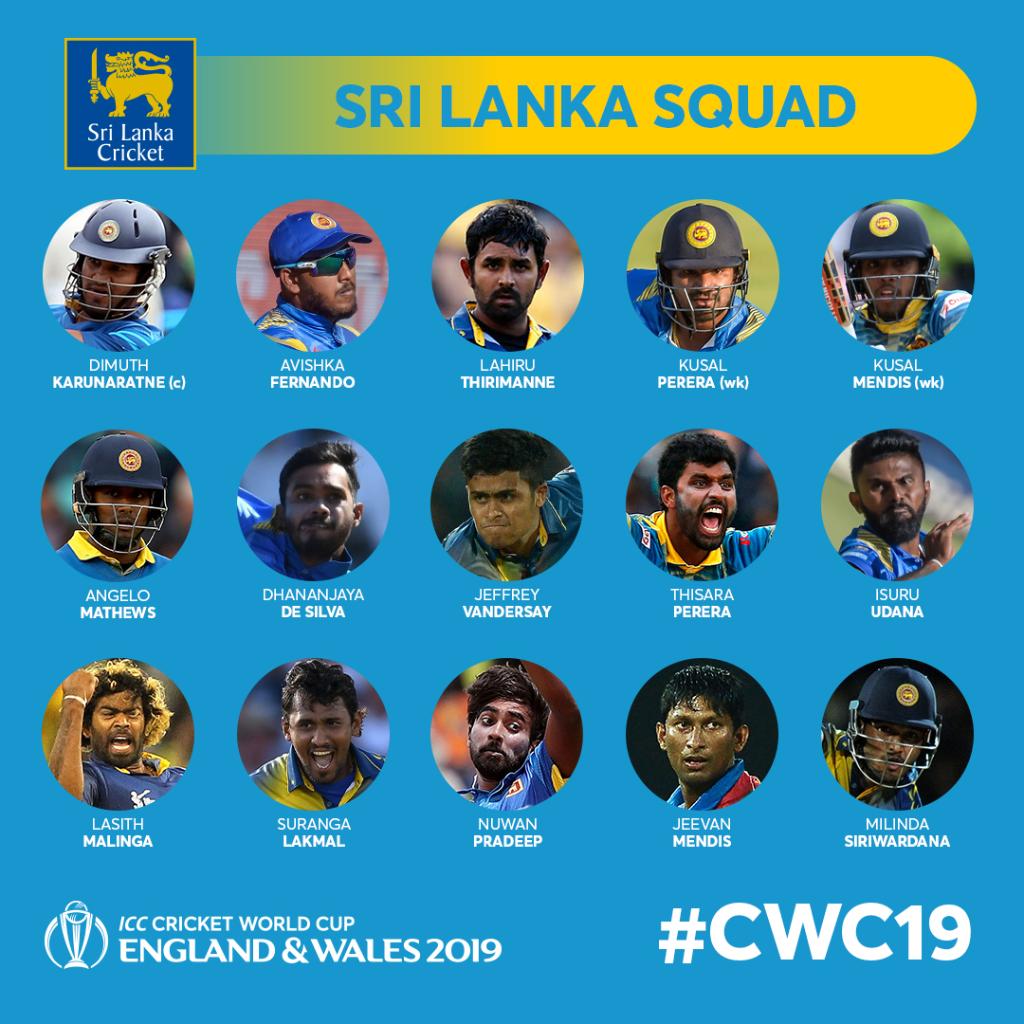 Afghanistan being a newbie can come strong with well-polished players added in the playing 15 squads. The names like Nabi, Shahzad, Zadran and Rashid Khan are already participating in top T20 leagues around the world. 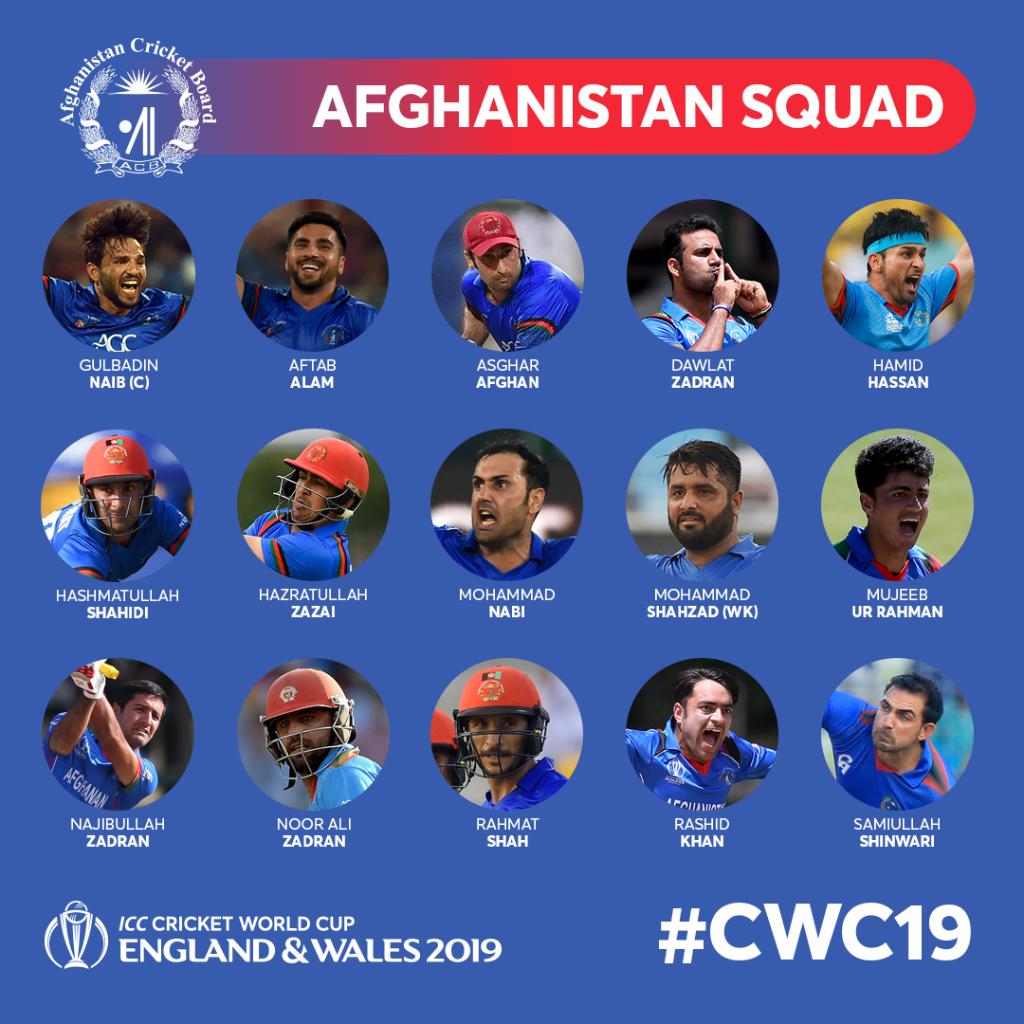 England the host of this world cup has their team ready under the captaincy of Eoin Morgan. The Final 15 England Team Player List is as follow. 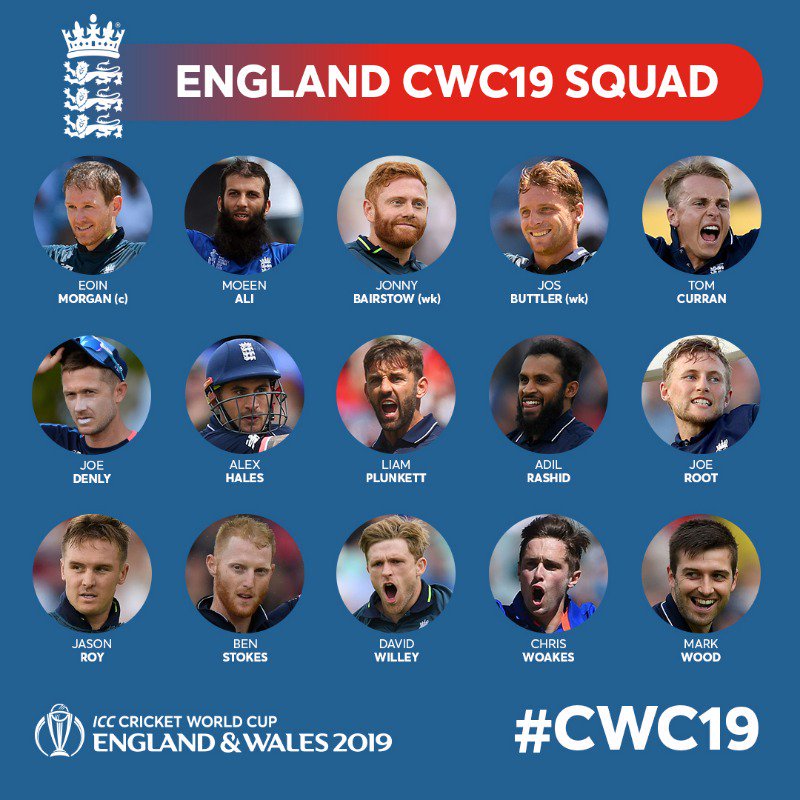 The final and most awaited West Indies team squad isn’t announced to this day. So we are also waiting for the final and official call be the West Indies Cricket Board. However, we have the predicted playing 15 lists here. 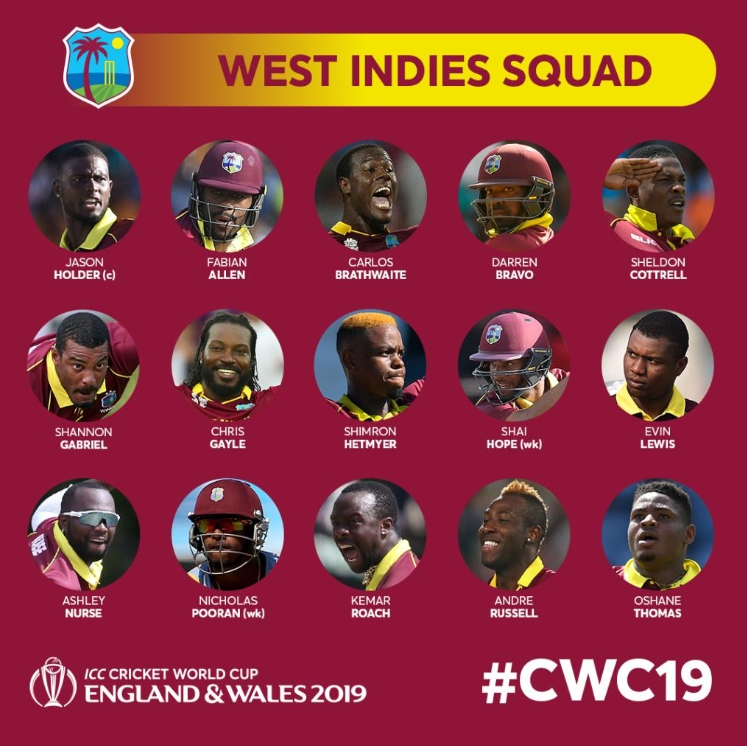