The ICC Cricket World Cup 2019 is just weeks away. We are here with the all the Official team Jersey/Kits for the CWC 2019. Since now only two teams came up with their official World Cup Jerseys. The List includes favorite South Africa and Australia.

All other members of the 12th ICC Cricket World Cup still have to unveil their official Jersey’s for the World Cup matches.

The Cricket World Cup 2019 Official Stores, however, came up with special World Cup T-Shirts for each team. These T-shirts have the same design for all teams, but different colors. 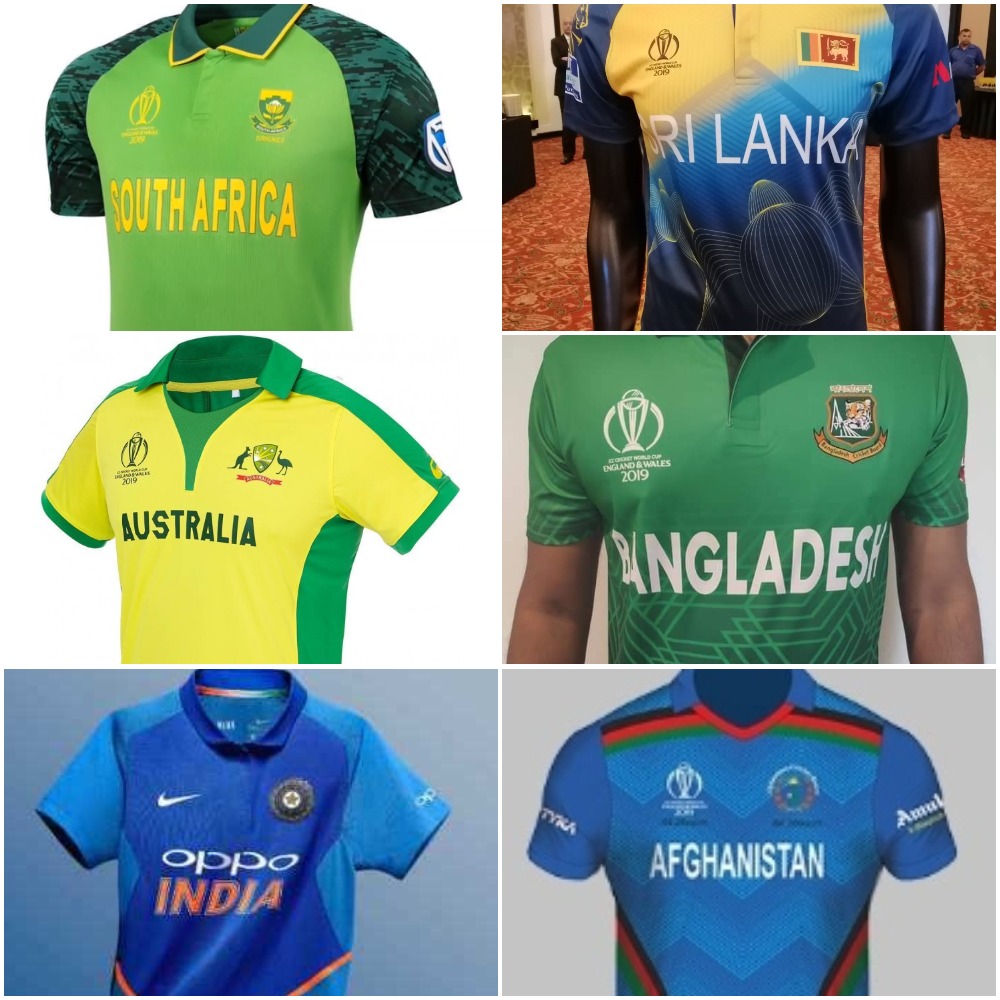 There has been a debate going on in Australia before the unveiling of the official Kit. More people have voted for the old Retro design kit from the early 1990s. So the CA board comes with the older retro design for the team.

Beside this South Africa adopted the Light green and Dark green combination in their World Cup Jersey. Here are all other team kits along with their Official World Cup T-Shirts.

Team Australia was the first to unveil their World Cup 2019 Official Jersey. The makers of the Kit ASICS Australia uploaded the picture of the Aussies Kit wore by Glen Maxwell. The designers adopted the same old 1990’s Retro design for this World Cup Aussies Kit.

What do you think? 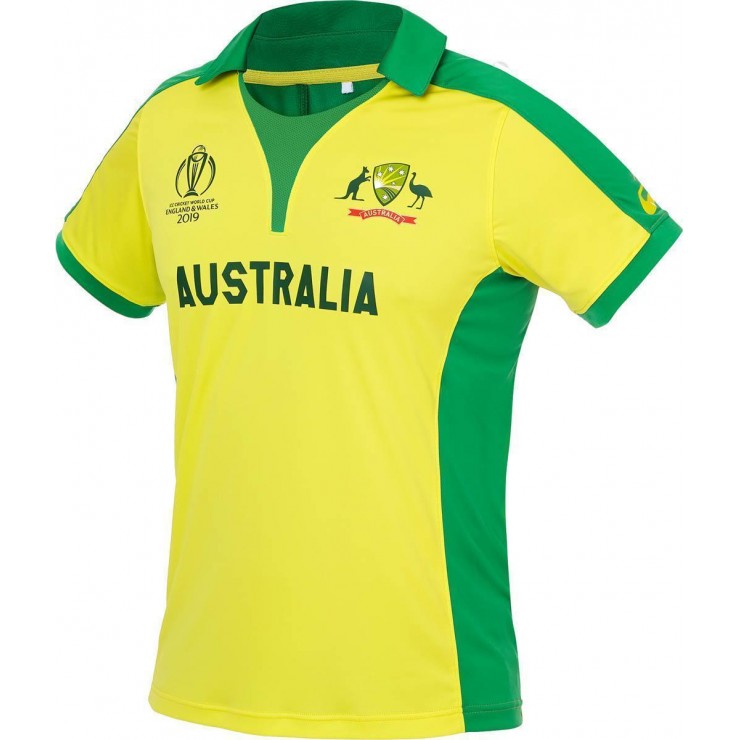 The South African are second in the list to unveil their official WC Jersey. The designers added more green into the Kit, With whole front and back going light green, while the shoulders got the darker green on them. 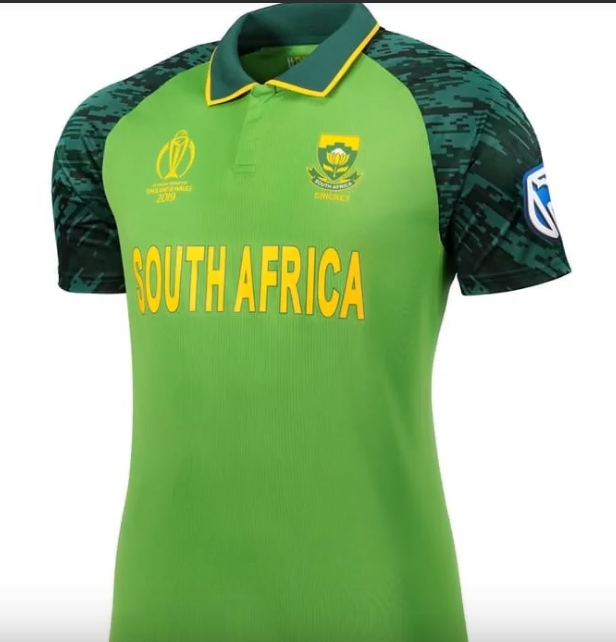 [Updated] Today on May 3rd, 2019 Sri Lankan Cricket Board have officially unveiled Sri Lanka Jersey for CWC 2019. Their trademark Blue and Yellow colored kit is back with even more stylish design. Here is a look at the official Sri Lankan World Cup 2019 Kit. 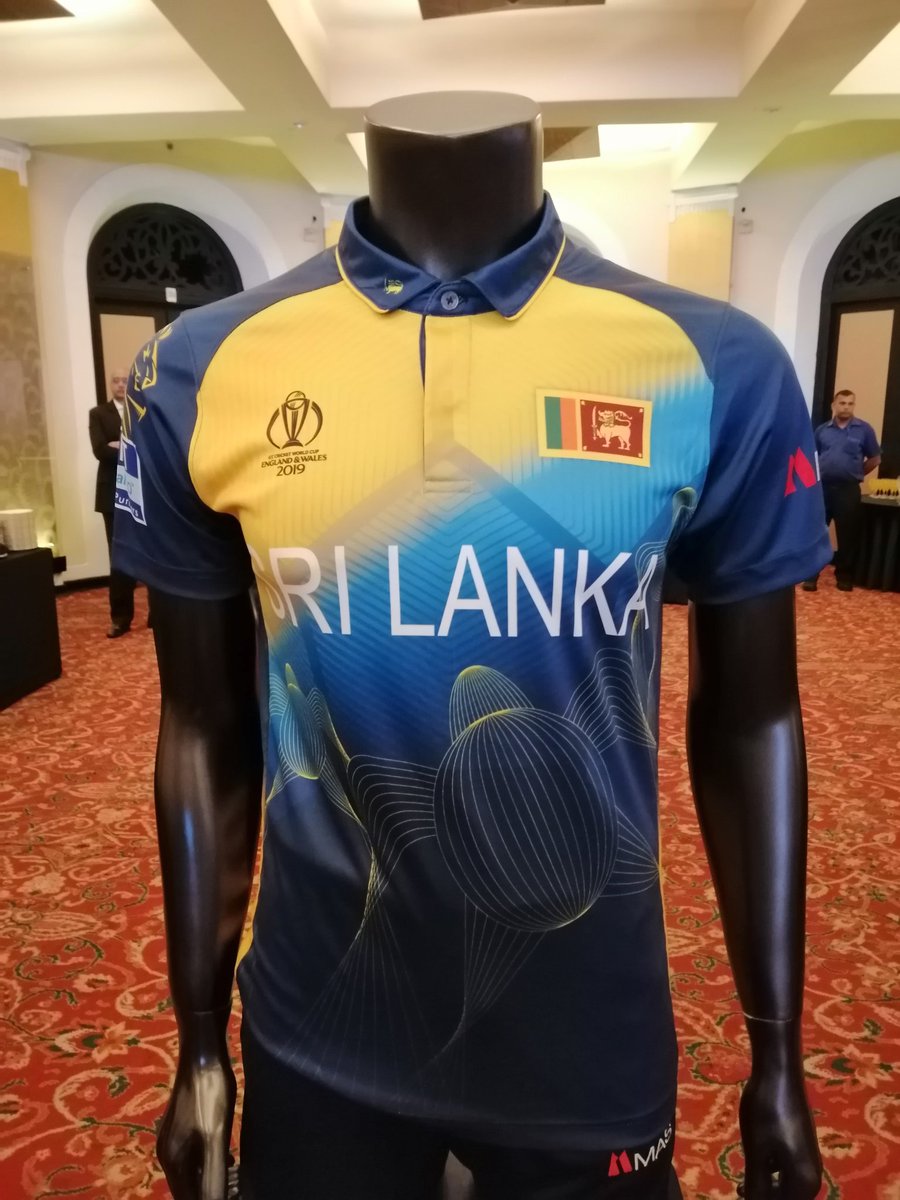 The official ICC CWC19 site has published the Sri Lankan Team T-Shirts. Here are the front and back images of the Sri Lanka team T-Shirt for WC 2019.

4- Pakistan Official Kit/Jersey for the WC2019:

The officials at Pakistan Cricket Board has announced the Playing 15 team Squad for the Cricket World Cup 2019. And today on 21st of May 2019, the Official Pakistan team Kit for the ICC CWC 2019 has been unveiled. 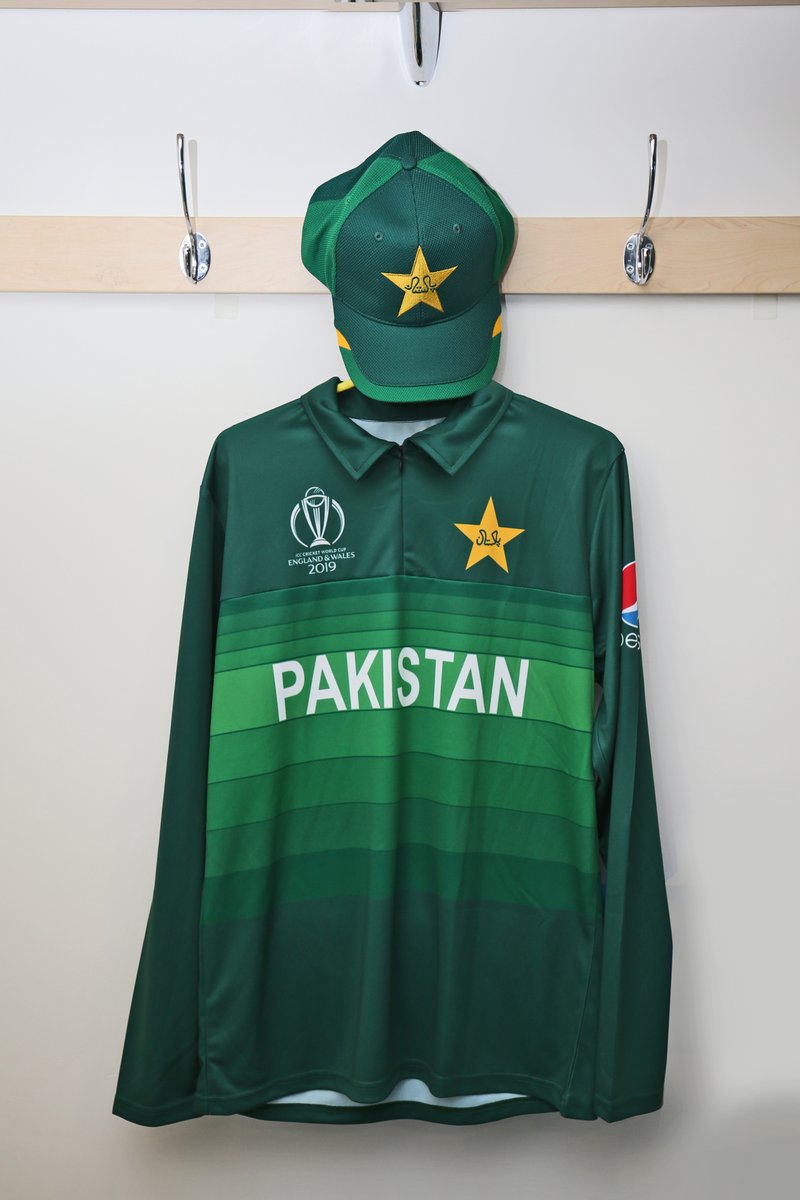 Here is the Supporters kit for the World Cup 2019. 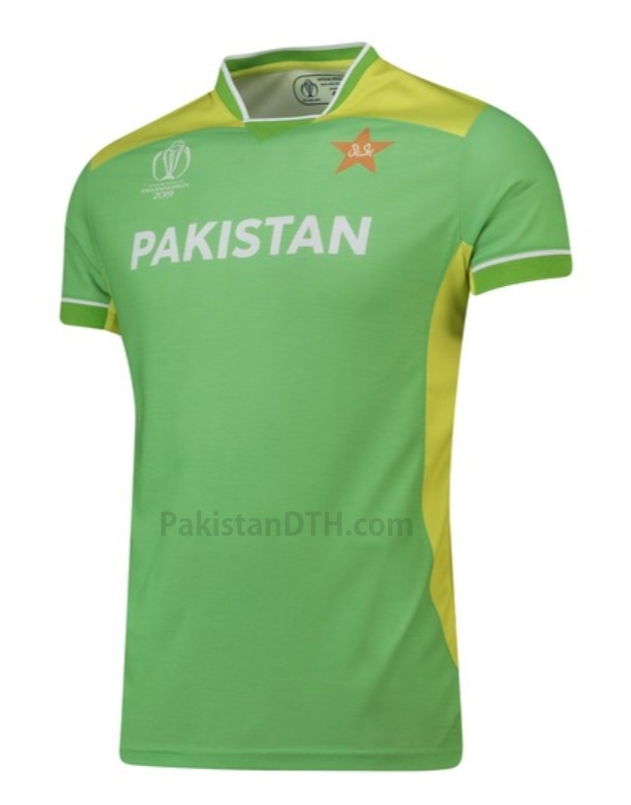 However, as usual, the official CWC19 T-Shirt for the team has been released by the ICC. Here is how it looks like.

The officials at Board of Control for Cricket in India (BCCI) has announced the Playing 15 team Squad for the Cricket World Cup 2019. Although there is yet not the official CWC 2019 Logo embodied kit for the Indian team. But still, the BCCI has officially announced the kit back in March 2019. 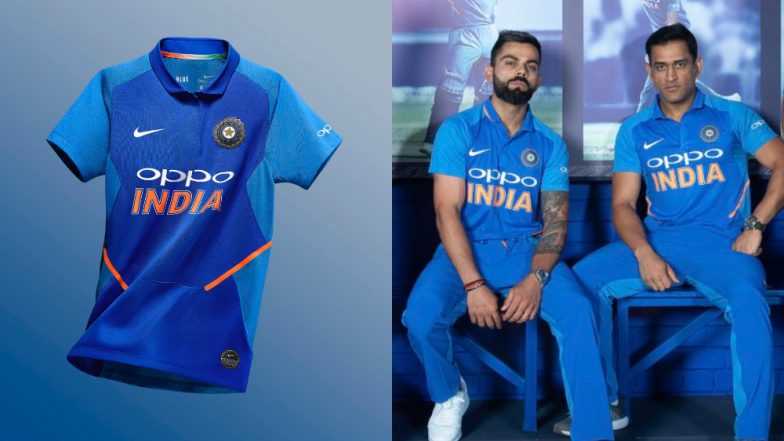 Here is a close look at the front and back images of the official Supporters Indian team T-shirt for the World Cup 2019 matches. 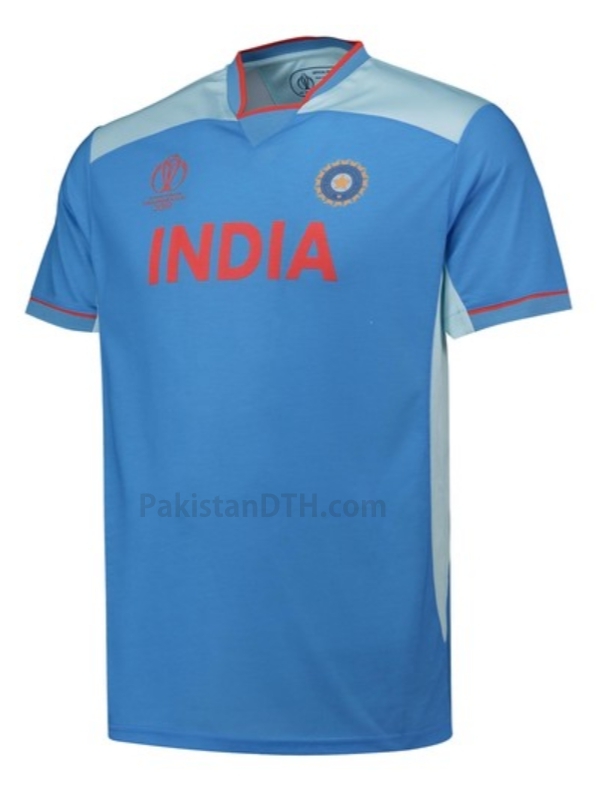 The Afghan cricket board has just announced the final names of the 15 players for it’s World Cup 2019 Squad. [Update] On 8th of May 2019, before the start of Afghanistan vs Scotland game, The Afghanistan Cricket Board has tweeted the images of official Afghanistan ICC Cricket World Cup 2019 Kit / Jersey.

All three kits, including the Playing Official Kit, Playing Alternative Kit and the Training Kit for the CWC 2019. 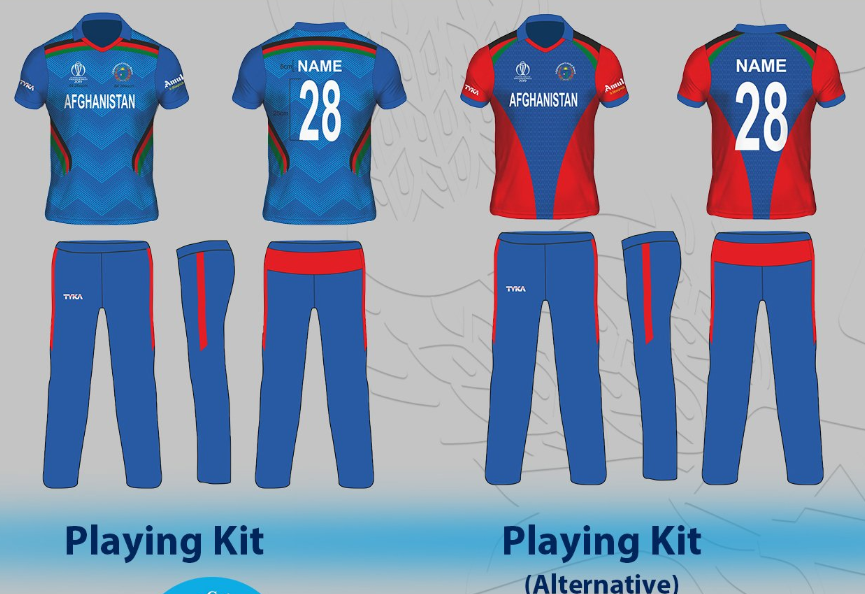 However, we have the official World Cup T-Shirts issued by the ICC on their store. 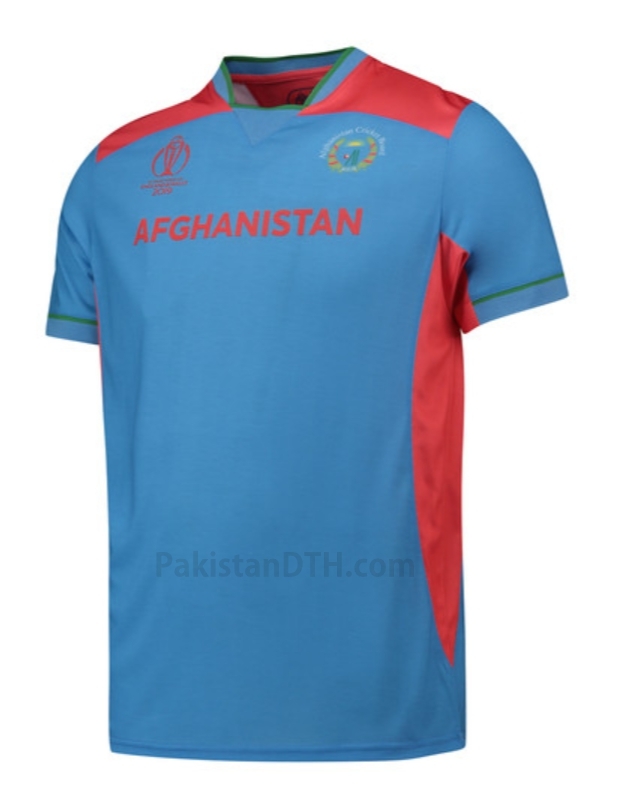 Here is the official Tweet by the Afghanistan Cricket Board showing the newly designed Kits.

New Zealand was the first to announce their Team Squad for the World Cup. But still, there is no sign of official New Zealand World Cup Jersey so far. Here are the T-Shirts from the ICC Store. We will be updating the NZ Kit once unveiled. 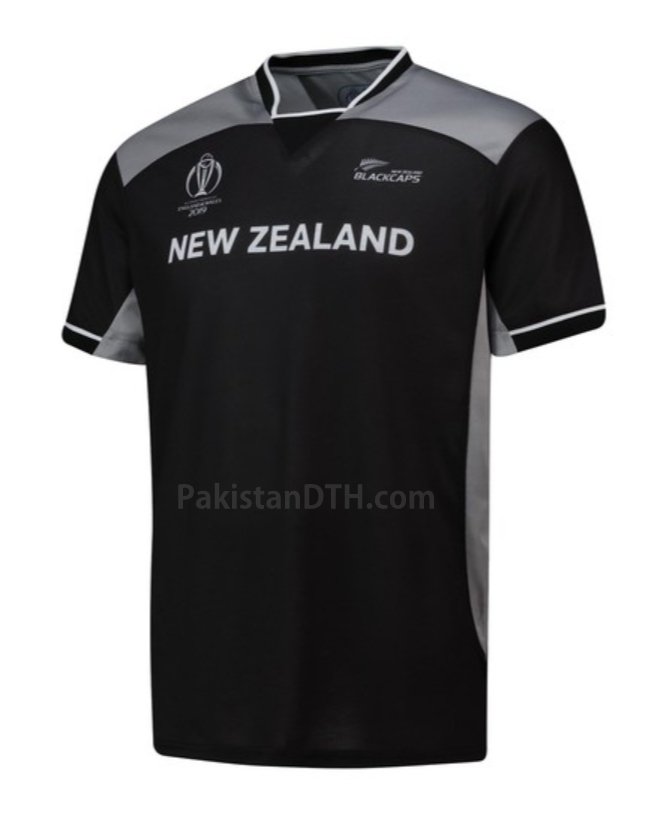 Here is the front and back look for the Kits.

West Indies team have finally revealed their official ICC Cricket World Cup 2019 Kit. It has not many changes added to it. 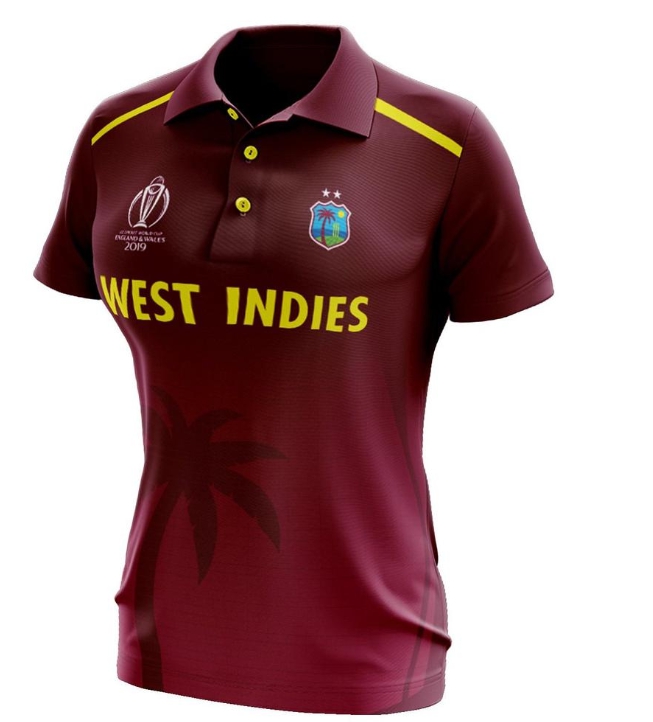 Front and back of the West Indies T-Shirt for the World Cup.

Here is the supporters Kit for Windies Fans who want to get this kit. 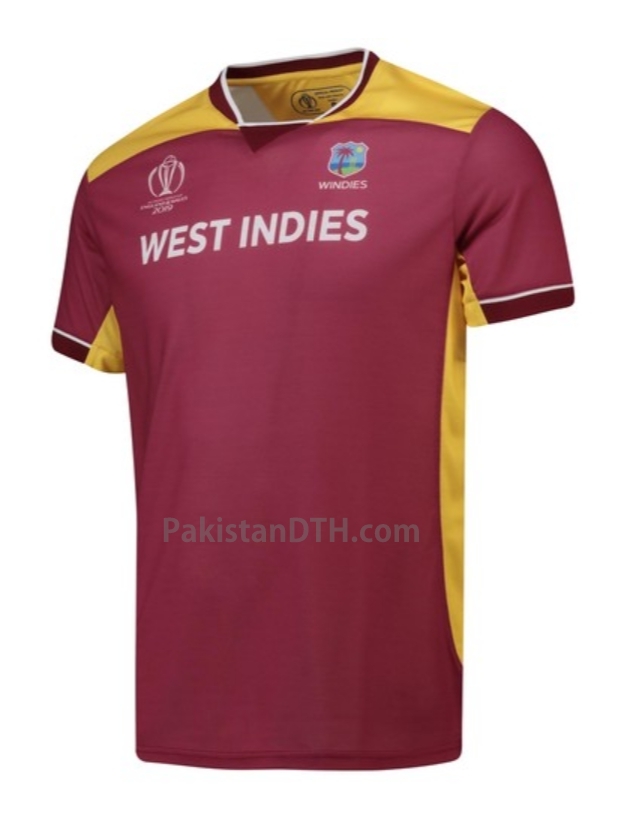 West Indies official Cricket Board account showing their gears for the CWC 2019.

The host England has just come up with their official Kit for this event yet. But it is totally different to what we were expecting. The team has gone with more of a retro look, with the same 1992 design kit. Here is the official photo. 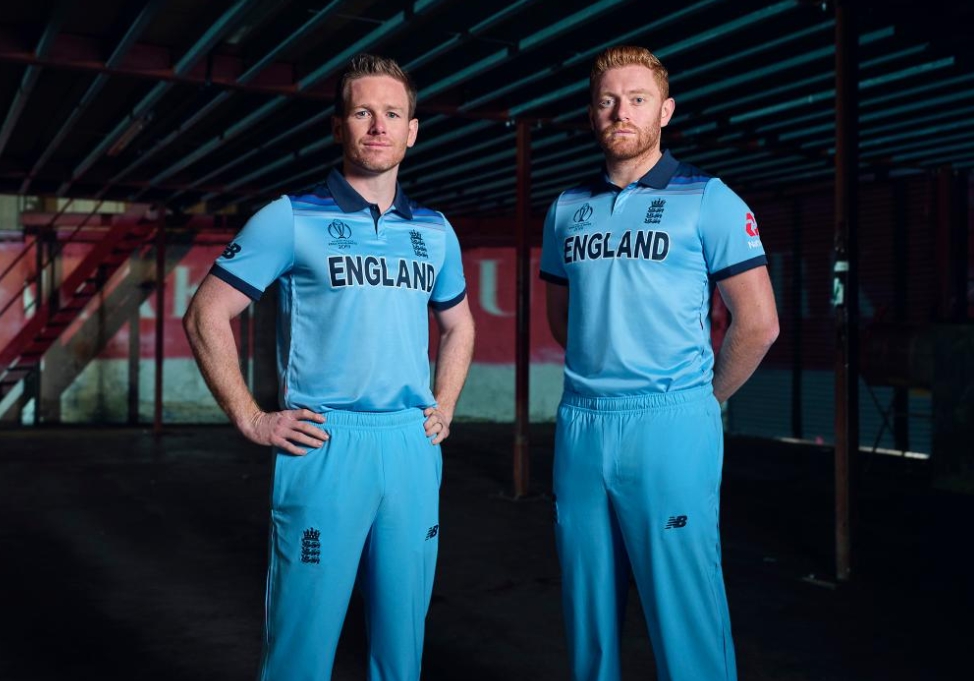 The front and Back looks of their T-shirt. 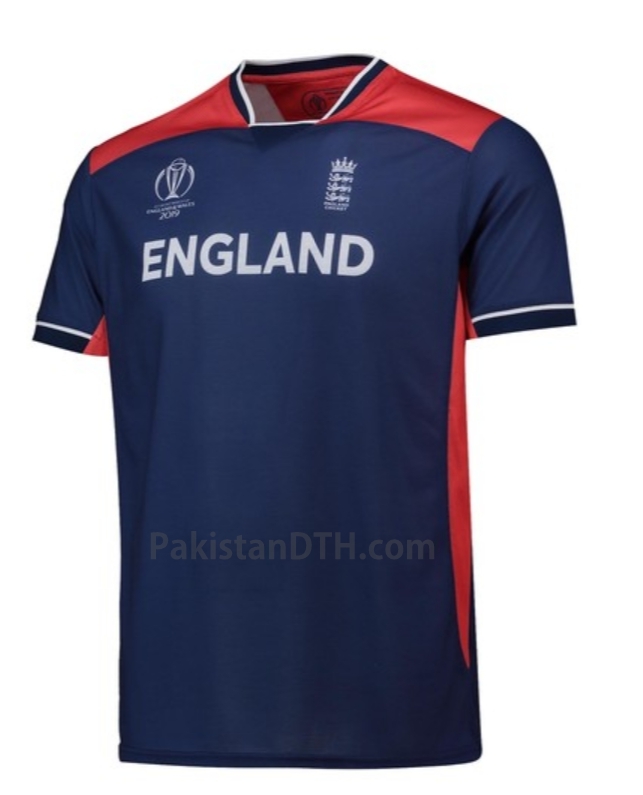 Here is the official Tweet by the English Cricket Board announcing their official Kit for the event.

[Update] The Team Bangladesh, The Tigers have already revealed their Official ICC Cricket World Cup 2019 Kit/Jersey. It has all Green on it with White written Bangladesh on it. Here it is how it looks like. 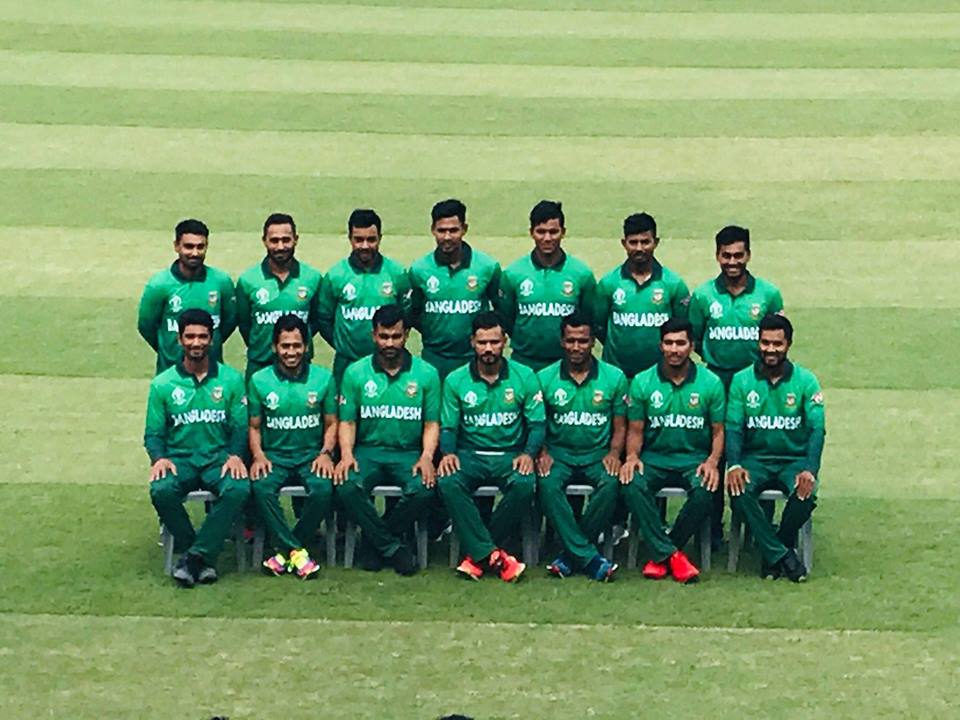 Here is the photo of Official Bangladesh Team jersey for the CWC 2019 being presented to the Captain. for the detail, news follow this link. 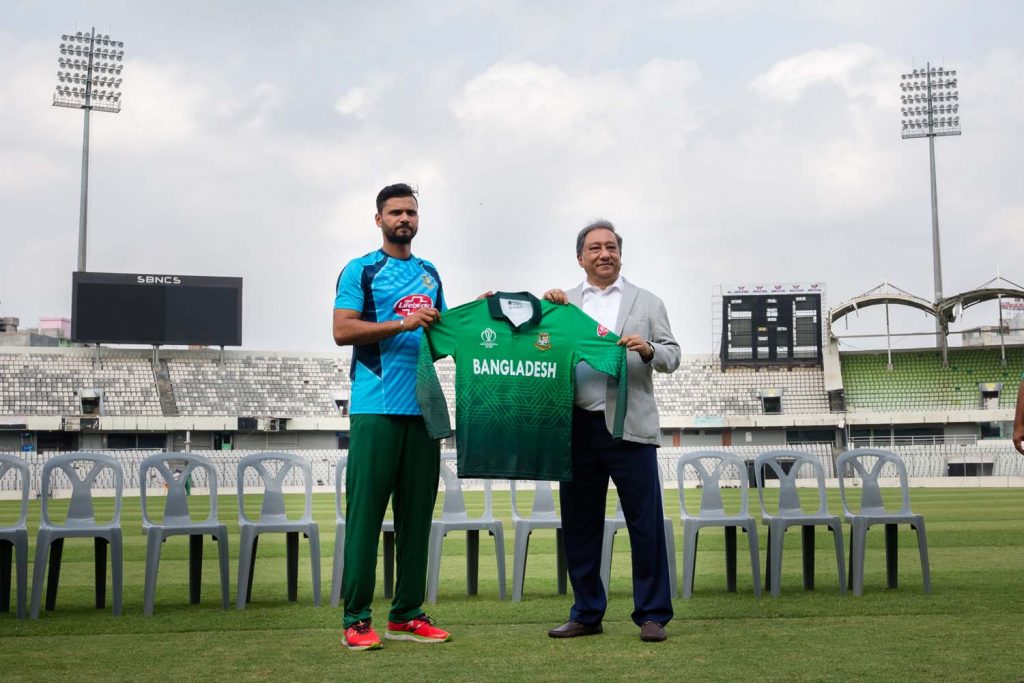 Since then, here is the look at the World Cup 2019 Bangladesh T-Shirt. 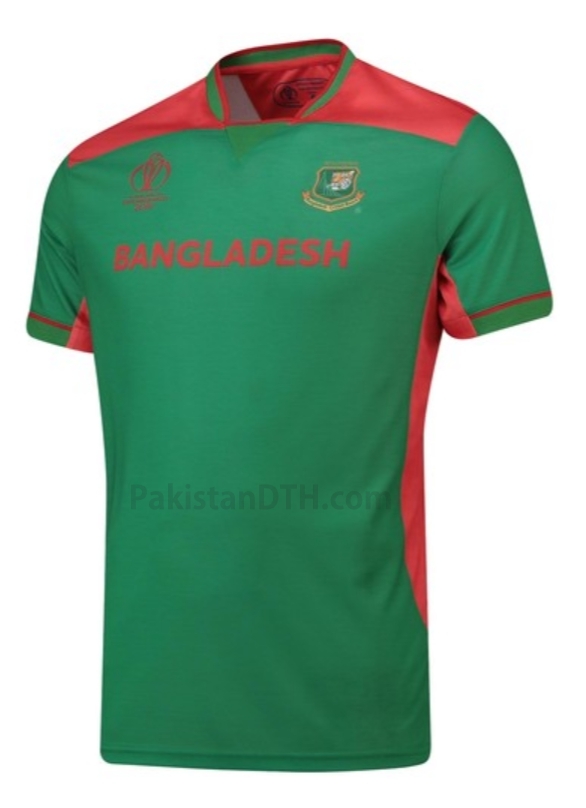 Added are the front and back view of the T-Shirt.

You can also read: